The location of Brkač was already inhabited in Antiquity, and the first mention of the village dates back to the 12th century. An older church could be found here in the 9th or 10th century, while the present-day church of St. Pancras was built in 1942 on the location of a former church built in the 15th century and destroyed in 1941. According to the scripts of Prospero Petronio, a tomb containing a body of a man-giant was found in 1656. When the tomb was opened the body turned into dust. The Home for Mentally Disabled Adults is situated in Brkač.

Kaldir is located on a hilltop five kilometres southeast of Motovun. The hilltop was most probably already inhabited in prehistory, but the village was first mentioned in 1258. Kaldir used to be under the Motovun government and thus shared its history with the town situated on the neighbouring hilltop when Motovun came under the Venetian supreme rule in 1276 and remained under this rule until its fall in 1797. The Kaldir parish was established in 1550, probably for the inhabitants that arrived in the village after fleeing the Croatian lands occupied by the Turks. 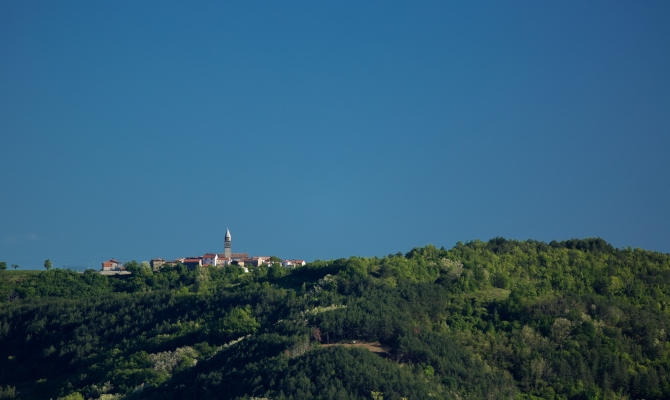 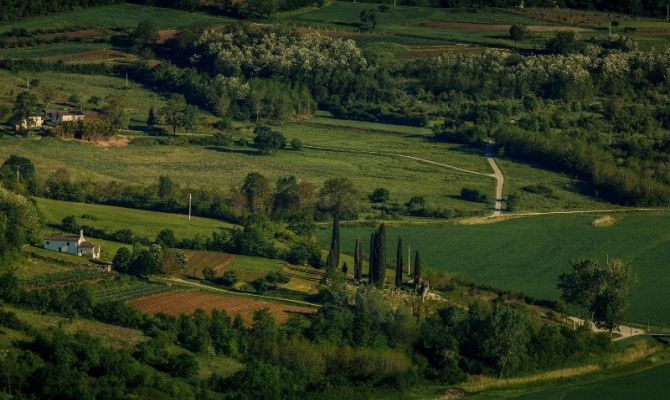 Sveti Bartol is an area of villages scattered around the Church of St. Bartholomew built in 1651. At the time of its building, it was a fraternity church and a countryside subordinate to the Motovun parish. The church was renovated in 2000. Its altarpiece was painted in 1857 by Giovanni Batista Corner of Motovun. Lovers of good found will be happy to know that excellent home made sausages are produced in this area and are publicly judged in the ex-school building at Labinjani at the end of January.